Thirty years ago, Sandy Hindy, a school teacher and AAUW Thousand Oaks member, had a conversation with her daughter after a doctor’s visit. As Sandy listened it became clear her daughter believed that girls became nurses and only boys could become doctors. Determined to show her daughter that girls could become whatever they set their minds to Sandy sat down and wrote monologues of five notable women. One of them was Elizabeth Blackwell, America’s first woman doctor. Sandy went on to portray the five women at her daughter’s school during Women’s History Month in March. Her daughter has gone on to become a doctor. 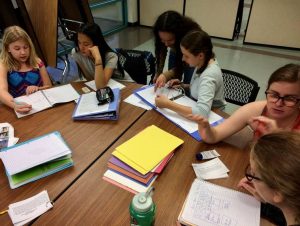 proceeds from the sale of Women History materials goes to the AAUW Fund. 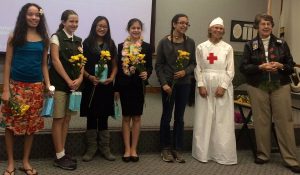 What do I want to be when I grow up?